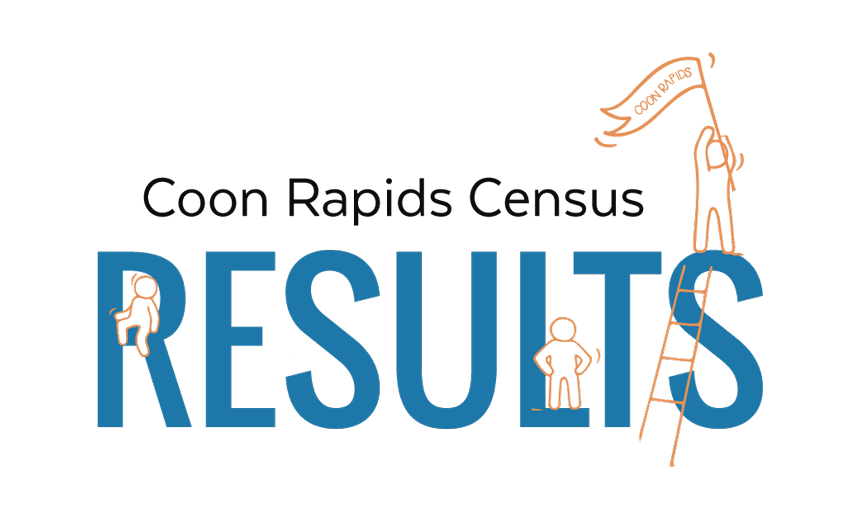 Residents in Coon Rapids have been counted! More than 85% of households in our community responded online, by phone, or by mail, well above the state and national average of 67%.

The self-response rate in Coon Rapids increased between 2010 and 2020 at a faster rate than the State of Minnesota. 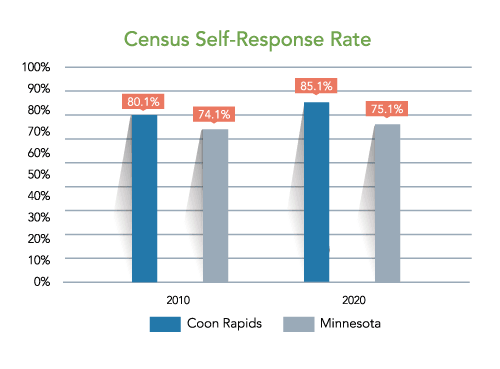 Coon Rapids is growing more diverse. The number of people who identify as BIPOC (Black, Indigenous, Person of Color) has increased by more than 20% since 1990. 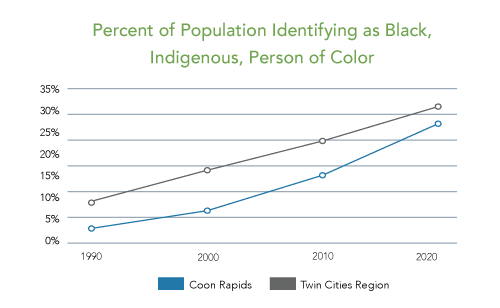 The U.S. Constitution requires that each decade a count, or census, is taken of America’s population. The U.S. Census Bureau leads this effort. The census provides vital information for you and the community.